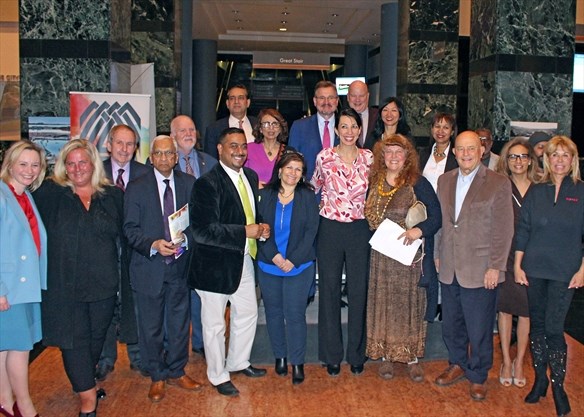 New leadership is coming to the Mississauga Arts Council.

The appointments come just weeks after MAC announced a change at the top, with former president Brian Crombie leaving his post to pursue an opportunity with the Ottawa Senators National Hockey League franchise.

Crombie, who is the husband of Mississauga mayor Bonnie Crombie, is facing allegations of harassment after MACs former executive director Anu Vittal filed a $250,000 lawsuit against the organization. Vittal claims Crombie created a “poisoned work environment” that included “humiliation” and “harassment”.

None of the allegations have been tested in court.

Crombie was replaced by Jeannette Chau, a professional engineer and community leader.

“I’m excited to be with MAC during this period of change and growth,” said Chau in a statement. “Art is important to having a healthy and whole city and we at MAC intend to nurture it.”

The board of directors also elected Samantha Angel as vice-president and Sylvan Naidoo as secretary. Charles Chu will remain MAC’s treasurer.

“MAC is fortunate to have such a talented and diverse board of directors and we look forward with renewed energy to create, connect and celebrate the arts in Mississauga,” said executive director Mike Douglas in a release.

MAC receives nearly $270,000 in annual grant funding from the City of Mississauga.

The group’s mandate has been called into question the last two times MAC has come forward with funding requests to the city. Councillors have called on the group to come up with clearly defined directives to enhance the city’s arts and culture scene.

“The challenge for us is to be focused because there’s lots of things that come across our plate,” said Douglas in a previous interview.

He went on to say MACs focus will be on growing the arts scene from the grassroots level and finding opportunities for local artists to showcase their talents and gain exposure.

We're not around right now. But you can send us an email and we'll get back to you, asap.