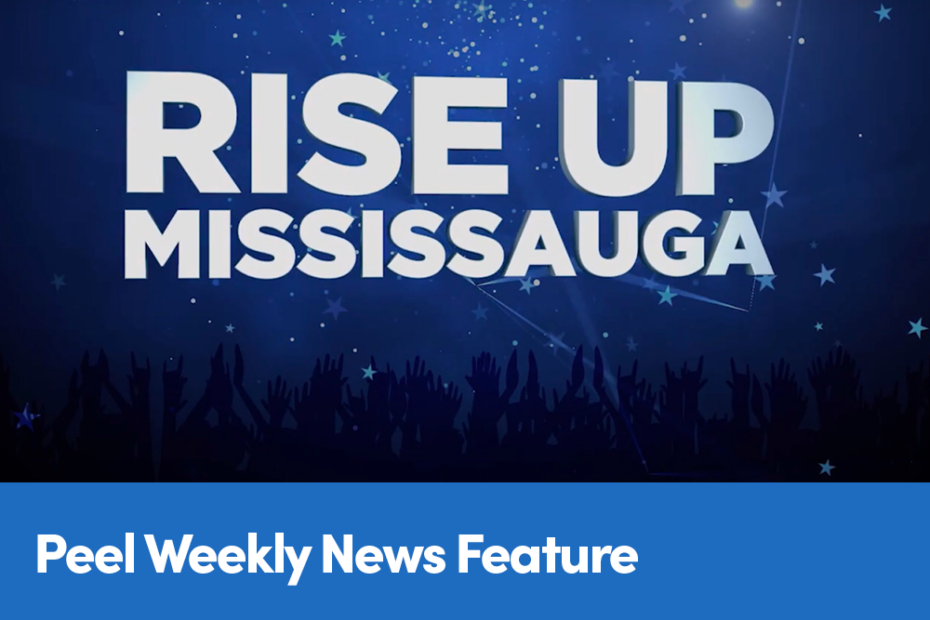 Written by Joseph Monachino and Published in Peel Weekly News in 2020.

“The Mississauga Arts Council sent a positive message to the community during a very well produced concert last week.

Titled “Rise Up Mississauga – A Concert of Hope,” the concert featured an impressive roster of local performers. They included, in the order in which they performed: Tom Barlow, David Leask, Patti Jannetta-Baker, Alessia Cohle, Stephanie Braganza, The Dreamboats, Queen Pepper, Arlene, Michelle Deneault and Jeff Jones, Jacelyn, and last, but not least, Matt Zaddy and Heather Christine.

The whole event was produced and directed by Ron Duquette and Mike Douglas.

Each performance was introduced by all the councillors of Mississauga with encouraging messages of hope. All of the performances were well-rehearsed and very well executed.

Images were intertwined beside the performers featuring various cultural events that have taken place in Mississauga.

Mayor Bonnie Crombie opened and closed the concert with a diplomatic tribute for all those who produced and participated in the Concert of Hope. She also gave a touching tribute to all those who are carrying out their jobs tirelessly to get us through these challenging times.”