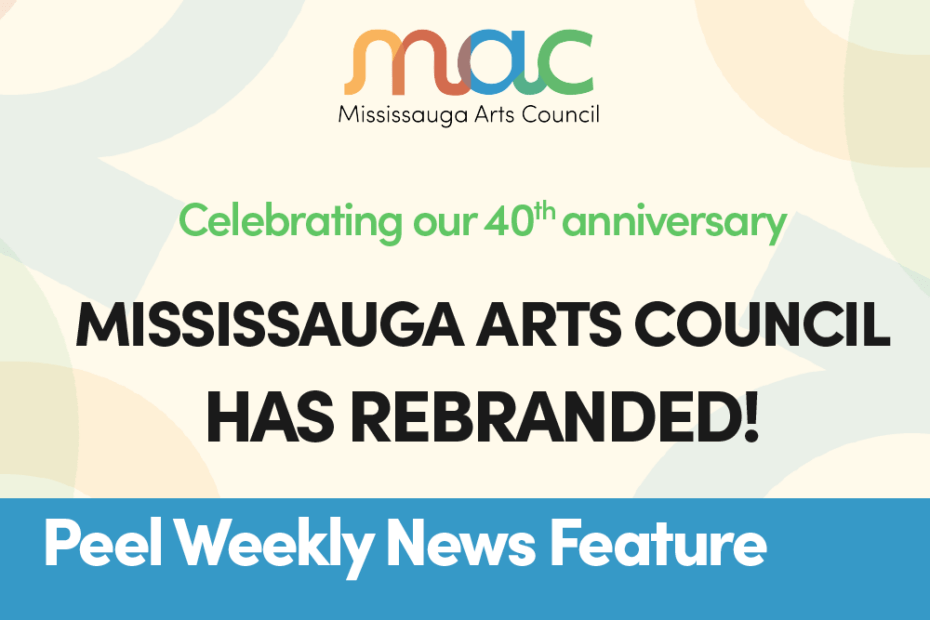 Written by Alex Gregory and published in Peel Weekly News on September 23, 2021

40 years young – and looking better than ever.

The Mississauga Arts Council (MAC) unveiled a new logo and website ahead of its 40th anniversary this week, bringing a revamped look to celebrate its milestone anniversary – and a revitalized focus for the city’s arts community.

The new look is part of a “digital transformation: helmed by the non-profit organization, which has pivoted over the past 15 months to connect local artists with resources and support during the COVID-19 pandemic – a focus that can be summed up with three simple words: Create, Connect, and Celebrate.

“Our new rebranding reflects where MAC is today, as an arts service agency dedicated to the development and growth of the arts economy in Mississauga,” MAC Executive Director Mike Douglas told Peel Weekly News earlier this week.

“As we celebrate our 40th anniversary, our focus has evolved to serving the professional arts community and encouraging the sector’s capacity to succeed both digitally and in-person”

To that end, the organization has opened a new hub and event directory, the Martys HUB (named after the Mississauga Arts Awards) which features a searchable artist directory, curated news and articles and much more.

The organization has also helmed several initiatives to support its artists since the onset of the pandemic including online “Open Mic” nights, and upcoming “Arts for Mental Health: conference to connect artists with mental health resources and links to grants and funding streams.

“The new re-branding was done completely in-house and represents the diversity of the organization’s members,” says MAC’s Creative Director, Jacqueline Mak, speaking on the new design for the logo.

“The logo can also be taken apart and be used as elements of design reflecting individual resourcefulness and imagination, a sense of unity, community, and acceptance.”