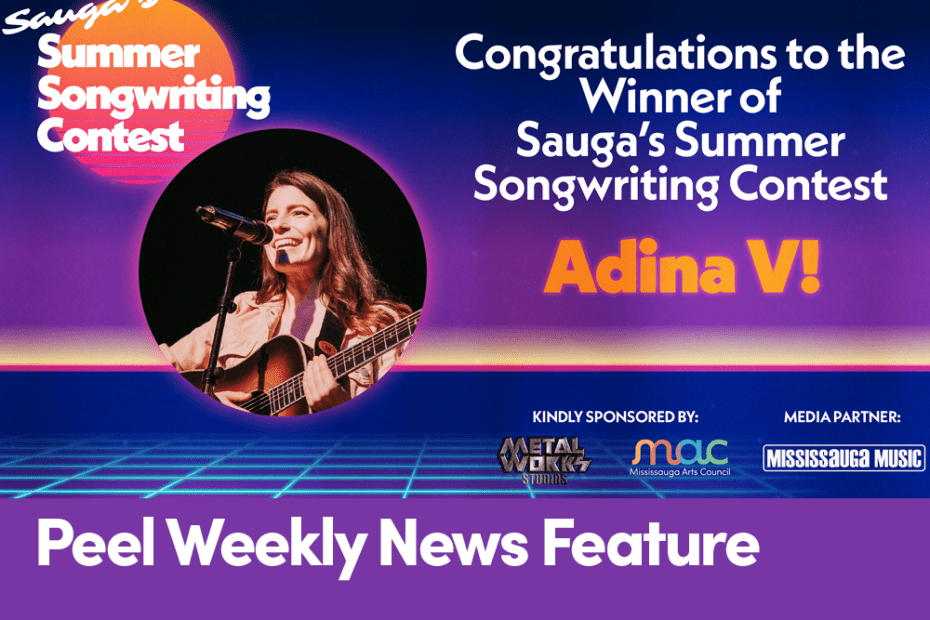 The arts council and Metalworks studios announced the winner of the contest this week, explaining that the decision from its jury members was unanimous.

Adina took the top prize, which includes recording time at Metalworks, for her song, “Admit It.”

“I can’t believe it… I am blown away. This drives home that what I am doing is the right path,” said Adina. “I can’t wait to get in the studio and start recording!”

The jurors which included country singer-songwriter Alessia Cohle; musician and record producer Anthony Panacc; Daytripper Music Publishing’s Jordan Howard; and MAC communications producer Sherri Murray, all collectively agreed that “Admit It” took out for its catchy melody and strong lyrics that stuck in the minds of all the jurors.

Adina, a fourth-year student at Humber College’s Bachelor of Music program, told jurors that she writes from the heart, and is well-versed in a variety of genres, including pop, punk and musical theatre.

“We can’t wait to have Adina join us at Metalworks to record and mix her song, Admit It.” Says Metalworks Studios founder & CEO, Gil Moore.

“We are looking forward to seeing her music career flourish with this opportunity, and can’t wait to see where this will take her.”

The song was announced as the winner of the contest during the 2021 Mississauga Music Awaes, hosted virtually earlier this month.

“Adina is a part of the diverse, talented Mississauga music scene and we know she has a bright future ahead of her,” said producer Demetrius Nath.

For more information about the contest, visit the Mississauga Arts Council website at mississaugaartscouncil.com/programs/summer-songwriting-contest.