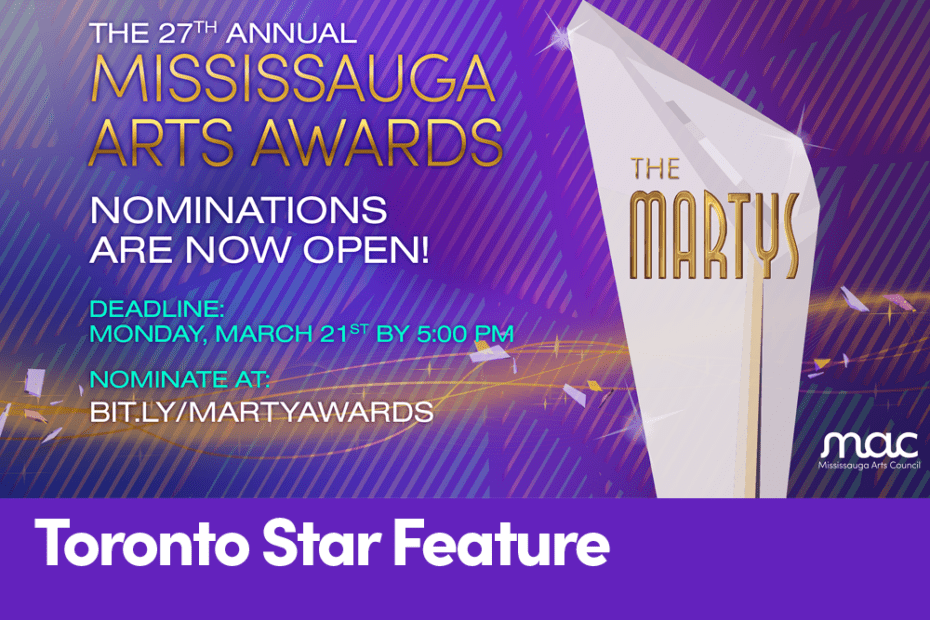 “Nominations are now being accepted for the 27th Mississauga Arts Awards, known as the MARTYS.

There have been many prominent artists who have won MARTYS in the past, including Billy Talent, Robert J. Sawyer and Gil Moore.

“As we mark a second pandemic year, we are inspired by the achievements shown by professional arts communities across the city in 2021,” stated MAC executive director Mike Douglas. “Being able to come together and celebrate our belonging, our resilience and our promise to excel in the future makes this MARTYS more emotionally packed and important in terms of our existence than ever before.”

Nominations are being accepted for artist excellence awards and community arts awards until 5 p.m. on Monday, March 21.

Submissions can be made on the MARTYS nomination website.

Read THE FULL ARTICLE HERE
LEARN MORE AND SUBMIT A 2022 MARTY NOMINATION
Tags:2022 MARTYSIn the NewsMAC in the mediaMARTY Awards